← more from
Safe Suburban Home Records
Get fresh music recommendations delivered to your inbox every Friday.
We've updated our Terms of Use. You can review the changes here. 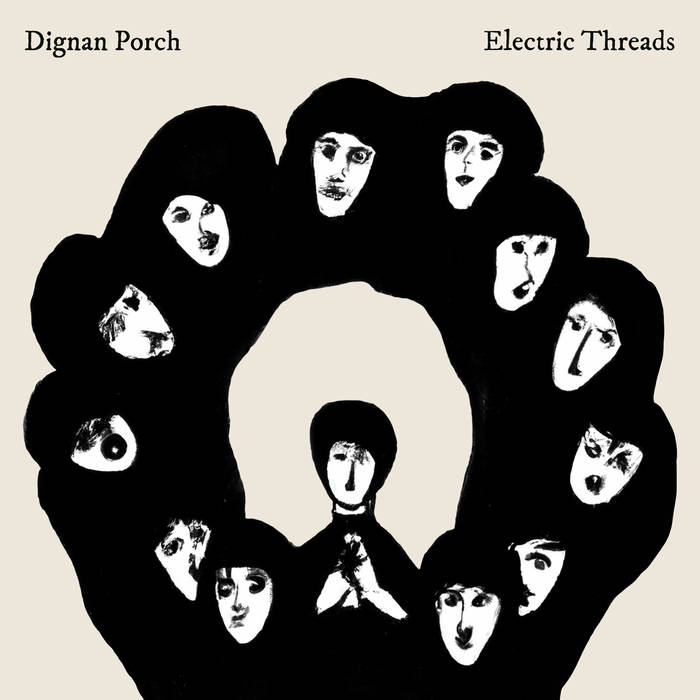 Word spread of their raw, energetic shows at their local independent (now even more iconic) venue The Windmill in Brixton, where they played regularly and hosted their own all-day events.

Joe on writing the songs for Electric Threads;

“I’m at a point where I’ve spent the majority of my life making music, always alongside day jobs. It’s a compulsion I don’t see ending, it’s one of the few things in life I don’t have to force myself to do. I think the songs on this record reflect my love of simple, tight pop melody and structure, they often lean towards melancholia and psychedelia, and others are cathartic bursts of noise. The lyrics are a patchwork of real world experiences and themes, there isn’t really a right way round for me, but most often I have the words first then I match them to the right melody when it comes along.

“The songs were performed and recorded by me, on my own in the practice space - aside from a few parts my brother and longtime bandmate Sam emailed me while we were separated. This sounds lonely but isn’t totally out of character, several of our past releases are mostly solo recordings. I used a Tascam Portastudio, but mixed some of the more ‘complicated’ ones in GarageBand. I also spent time making videos for every song on the record, having gotten into video editing during you-know-what.

“So as always, the music, videos and artwork continues to be a DIY affair. I’m very happy it’s being released by these amazing labels and look forward to playing the songs live with the band.”

All songs written, recorded and performed by Joseph Walsh.
Keyboards on 'Pictures', 'Simulation One', and bass on 'Mezmerized' by Sam Walsh.
Mastered by Álvaro Lissón.

Whilst heavy on noise and thrills, there’s sadness beneath the skin of the band's warped visions, seeping into the fabric of the sound.

With a strong DIY spirit running through all their activity, DIGNAN PORCH have built a loyal following. ... more